Komatsu Australia where in the midst of a drive to shift more of the mini excavator range and with the partnership of “Red Bull” and “Gear Wrench” created a competition based on unit sales, where a purchase of a Komatsu Mini Excavator before a certain date would put you in the draw to win a complete 249 piece Gear Wrench Tool Kit.

Komatsu was a sponsor for the the Red Bull Holden V8 supercar team of Jamie Whincup and devised a promotion for the competition where Jamie would be in a scenario with one of the mini excavators. The brief was to photograph Jamie with a pit crew using the Gear Wrench tool kit and tools in a pit stop kind of scenario with one of the mini excavators as the race vehicle.

The time we had with Jamie was limited to approximately 30 minutes so the complete setup and shoot had to be done in place at the Komatsu facility in Wacol, Brisbane with very little time for shifting equipment or talent. Apart from this there was very little more to the brief except that the image should be portrait and would be primarily used for posters at point of sale and online promotion.

On the day, we arrived to find the mini excavator in place inside the facility. We did not have an option to relocate or move the vehicle outside as time did not allow. I was given the heads up that Jamie would arrive in about 15 minutes so I got busy setting up the lighting and devising the best scenario to capture what the client might have had in mind. With a little bit of discussion we arrived at a scenario where the Gear Wrench Tool Kit would be clearly visible in shot, the mini excavator would be well represented but still in a position to look as though it might be in a pit stop scenario and we would also clearly see Jamie in racing suit at the controls of the excavator while 2 pit crew worked on the machine and also operated the stop/go sign.

Because we did not have the luxury of a studio, quite a bit of improvisation was called upon to light the machinery and Jamie evenly and with equal emphasis. Where there is a will there is always a way. With a large soft box off to the left and right and a strobe with a remote trigger gaffer taped to the back of the stop/go sign we were good to go.

The photoshoot took exactly 30 minutes (plus about 15 minutes set up prior to Jamie arriving) and Jamie was out the door as quick as a V8 Supercar.

Post production was relatively straight forward as the lighting worked a treat on the day. A few items that couldn’t be moved on the day were removed from the image and some unsightly rubber marks on the floor were deleted. The image was corrected, sharpened and sent to the client in Melbourne for final work up and placement into the poster artwork.

The end product worked exactly as the client had imagined and the final printed material was output and distributed across the country along with the launch of an on-line promotion.

You can see below the final printed piece (in between 2 rejected images) as opposed to the final image above thus articel that was sent to the client’s art department. The designer removed a few additional items and added the pit stop position marker (faint light line) on the floor of the workshop, but apart from that no further alterations were made to the final DMW Photography image. 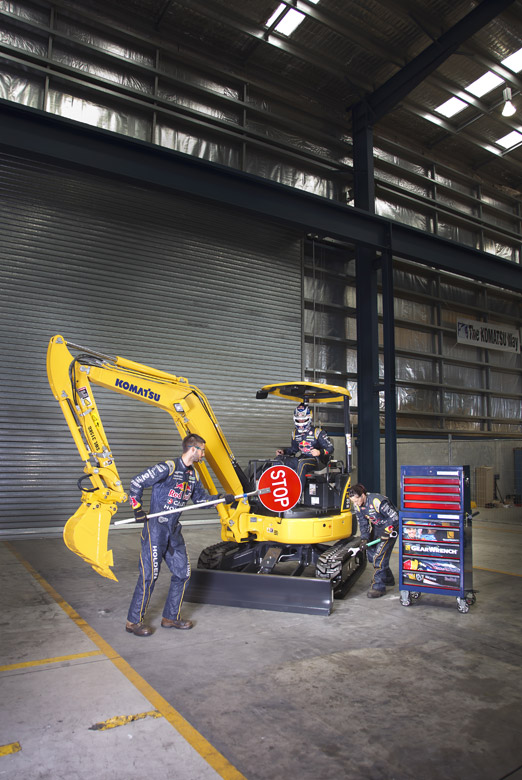 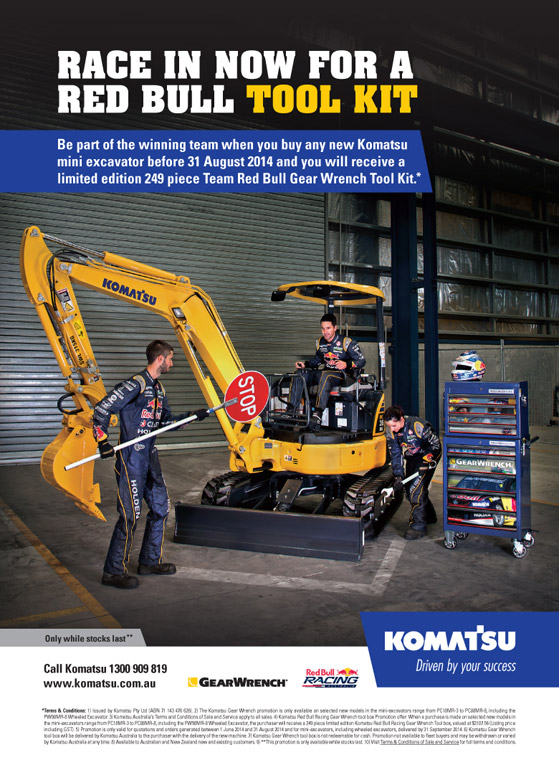 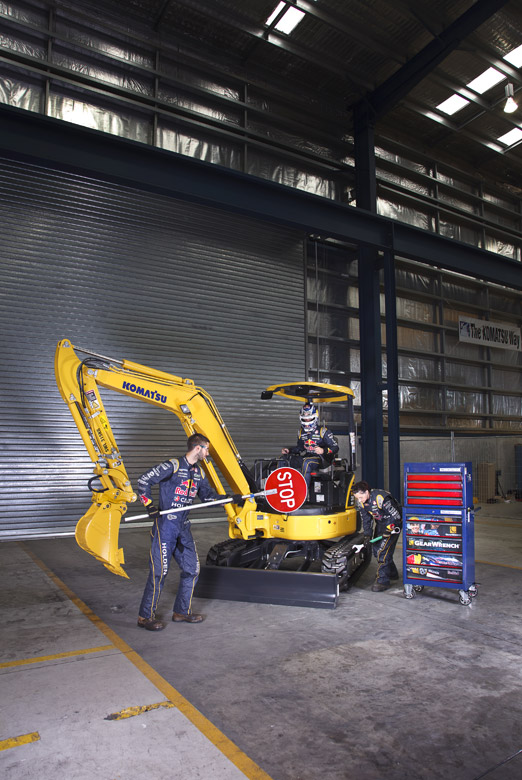